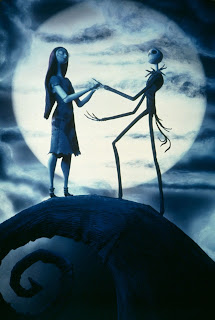 Off and on for the past few nights, minus the night we were "camping", Misha has been getting up a few hours after going to bed crying. I haven't quite figure out what it could be, unless he is having nightmares.

After he wakes up and tries to leave the room, which is bad enough cause he would certainly wake up Nikolai, and who needs two screaming kids in the middle of the night, he won't calm down unless someone is in the room with him close. One night I was trying to get to sleep (I don't get enough as it is), and he started screaming. So I put him back in bed and tried to go back my own. As soon as I closed the door he was crying again and trying to leave his room again. Finally I pulled Kiril off his bed and told him to sleep on Misha's bed with him.

Last night when it started I put him back in bed, which of course didn't work cause he started screaming again. I finally decided to not let him leave, but not chase him back to bed. So I held the doorknob. He screamed and screamed and would run back to bed and then back to the door screaming and crying. After a couple minutes of that though, he gave up and went back to bed on his own.

So I am left wondering if he is having nightmares at night. Does he dream of a big bathtub of water and him behind a fence, or of me coming at him with a pair of hair clippers and some eye drops.
Posted by Candle Ends at 8:20 AM

Who knows, poor kid. And in the meantime...poor everyone else. I hope it blows over soon.

Josh,
I don't know if this will work for this situation but when my kids have struggled with that, we have sent them to bed with a little flashlight. We went through some batteries but the light seemed to make them feel safe and in control.