Slow but sure progress 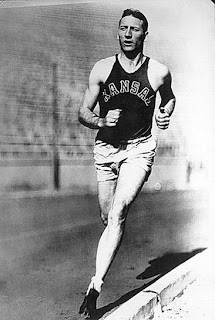 Having a 1p36er, you never know what to expect. So whenever Misha does something new, it's always a pleasant surprise, even when you have been working with him on it forever.

Misha's fine motor counselor(?) from Kids On the Move decided that the once a month visit was too often. Ira has been doing such a good job with him that every other month was as much as he needed. Woohoo! We have noticed some improvements in this area but it's nice for a confirmation. For instance, he started stacking blocks...by himself. After working with him for over a year on this (probably closer to 2 years), he finally decided to do it. He also figured out, and has developed the muscles needed, how to turn the key on a cookie tin/music box we got last Christmas. Albeit, he can only turn it a bit, it's still the best fine motor skill yet.

Misha has also started to "run". It mostly involves a faster, arms-in-the-air, version of his walk, but it is a large improvement for someone we weren't sure was going to walk with out braces or other assistance a year ago. He runs when he is excited, just for fun, or when I tell him it's time to change a diaper.

Words are still one of his biggest challenges. He has his set of words that he "likes" and sticks with those. Then he either ignores us when we ask him to try other words, or he laughs at us. And he seems to pick up a word, but drop another sometimes, as if he gets bored with it. His newest words are "uck", "eenya" and "bee-bee" for "yuck", "liniya (line)" and "baby". "Line" is Ira turning one of his sounds into a word and using it when he is scribbling.

We also graduated him from his crib to a toddler bed. Which means that every night, I have to move him from Kiril's bed to his own. And that as soon as I put him to bed, he crawls right off to play. But, the transition was smooth.

All in all, he is progressing slowly but surely and is a "golden" child.

P.S. The picture above is of Glen Cunningham, whose legs were severely burned in a fire when he was a child and was never expected to walk unassisted, let alone become one of the fastest runners of his time.
Posted by Candle Ends at 6:32 AM

Hello from Arizona. I'm glad you shared this inspirational picture and news of Misha's recent milestones. Just the other day my husband and I were wondering if Brady would ever run. We have been so concerned with him walking, we never dreamed of him running. Thanks for sharing!
Kajsa (Brady's mom)

Thanks for the comment. We have recently discovered your blog thanks to Nate's links. It's always exciting to keep up with other 1p36ers and how they are progressing.